The public part or the speaking part?

The following Facebook comments from fellow Toastmasters provide a deeper insight than I imagined:

“Forgot to breathe” is a common observation from Toastmasters who are doing a post-mortem about going blank and/or panicking during their speech.

The answer is an on-going cycle of rehearsals and drills and “again, from the top” that put you in the moment when you go blank/panic. Then you can start to add “breathing, on purpose” as a technique to address the moment.

Eventually, you reduce the time-cycle between panic and breathe.

There’s no substitute for falling down and getting back up.

Tonight’s (Sept 9th) public speaking demo takeaway when addressing what to do when you “go blank” during a presentation – and you’re very scientifically minded:

Table Topics (and prepared speeches) is the only place to stress-test your hypothesis.

As a Psychology major at American River College in Sacramento, I learned we only have 2 options: fight or flight.

In Toastmasters public speaking, I learned we have a 3rd option: stand & deliver.

So cool that client had a videotape of their speech. Gives me a chance to rewind and rewatch. Very cool.

Wow! Thank you so much for the feed back! You’re great. Definitely making the font size bigger and using one hand to keep my place. I do want to project [my voice] more, I need to practice that. I forgot to bring a water bottle and my throat (of course) felt drier because I had no water. I love your suggestions and making the connection with you.

Had an AWESOME time answering audience member’s questions and hearing my fellow panelist’s insightful answers at the 2017 Toastmasters District 39 Fall Conference Speaking to Win: A Panel of Champions Educational Session.

“Reid is entertaining and does a great job at helping bring our future Instructors out of their shell, and feel more comfortable speaking and expressing themselves in front of a group. Reid has been a great addition to our Teacher Training program!” – Lindy Hobbs

A common question from previous workshops bubbled to the surface during our most recent workshop:

“How do I overcome beating myself up when I make a mistake?”

And we generated an answer:

“Instead of wasting 5 hours beating yourself up over the mistake, the technique we came up with was to go home and spend that time physically writing down the solution for next time. Then standing and physically practicing the solution out loud. And the mantra is to replace the ‘I feel crushed’ with ‘be better next time.'”

If you’d like to empower your Pilates Instructors with more confidence in front of their students, add my 2-hour hands-on Public Speaking & Confidence Workshop to your instructor training. Hit me up. 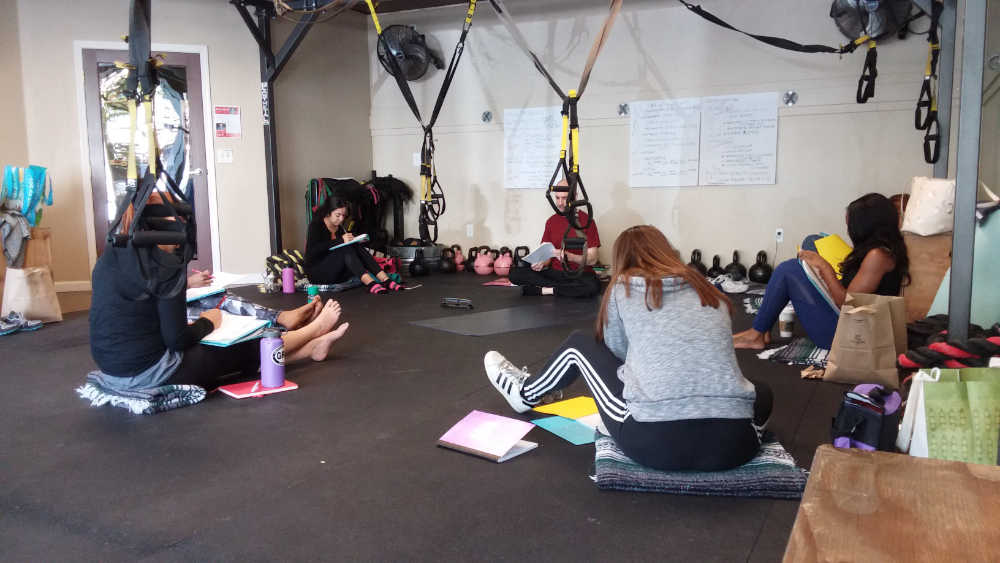 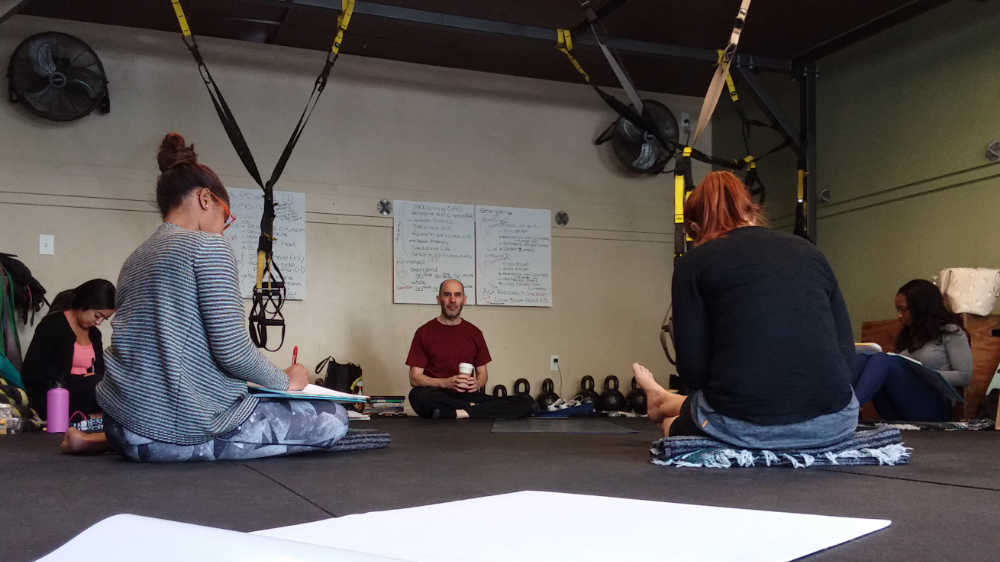 In a Toastmasters speech contest, you can disqualify yourself by going under-or-over-time! Toastmasters’ International (inspirational/motivational) speech contest allows you to speak for 5-7 minutes – with 30 seconds of leeway. IE: you’re technically good from 4-minutes-and-30-seconds to 7-minutes-and-30-seconds. But if you end your speech at 4:29 or 7:31, you’re disqualified. I’ve seen it happen to my competitors. And it’s devastating!

During last year’s 2016 District 39 Spring Conference in Stockton, CA, Donny Crandell won first place in the International Speech contest (I came in 2nd). He went on to compete and win at the Semifinals round, and was 1 of 10 people, worldwide, that competed on the big 100-foot-wide stage in the Finals round – the World Champion of Public Speaking contest.

This year, Donny and I chatted during the District 39 Spring Conference in Anderson, CA, where we were competitors again. He shared his story of going overtime by 6 seconds when he was competing on the big stage last year. “I blew it,” he said. “I went overtime by 6 seconds.” “Did you ad-lib anything,” I asked. “Yep.” he said. “I went off script and added the Serenity Prayer at the very end of my speech.”

The international speech contest season is from February to August. Seven months. It’s a lot of work, sacrifice, time away from family, extra time before and/or after work. And it’s not a paid gig. You volunteer. So going overtime by 6 seconds can be devastating – especially at the Final round in front of an International audience of 2,500 people. All that hard work, luck, time, and travel…

Going off script CAN work, but it’s such a coin-toss. You have no idea if you’re gonna land on heads or tails.

Has your favorite sports team ever lost? Losing is part of the game. All hail the game!

I lost this weekend’s District 39 Toastmasters International speech contest at the District level (round 4 of 6). Didn’t even place. And when the top-three winner’s were announced, and I wasn’t one of them, I was immediately handed two options:

Rich Hopkins: “It’s ok to be both.”
Me: “As long as I firmly land on Be Grateful as soon as possible, then I can move forward with extreme freedom.”

John McCain: “In your opinion, what made the winning speech better?”
Me: “Keerthi Karnati‘s District-winning speech (at District 39’s 2017 Spring Conference) was simply a deeper, heart-felt, funny, scary, well-presented speech. And only Be Grateful allows me to see that clearly.”

Michael Stephens: “I don’t think it’s that you’ve “lost”; I just think it’s that someone else “won”… great job:)”
Me: “I firmly believe in meritocracy. I also believe in losing as a normal part of living – everyone should not get a trophy. That’s one thing I like about Toastmasters, there are clear distinctions between trophy and no trophy. Like winning, losing is equally a natural possible outcome of participating.”

Robin Robinson: “Next topic, sportsmanship and being a good player. Competing with dignity, and dealing with the outcome graciously, is a worthwhile skill. And you did that. Bravo.”
Me: “Sportsmanship is a big deal to me. I’m all for analysing my own loss, but pointing fingers is definitely not cool. So, yeah, sportsmanship has huge value.”

I have to admit that I lost the speech contest in order to re-calculate my destination. Losing a speech contest and turning down the wrong street are the same. They both require self-realization and re-calculation. I feel a certain freedom when I look in the mirror and accept my loss. Owning it is liberating!