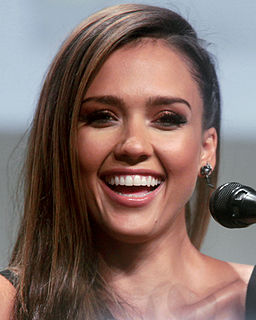 I just met a woman who didn’t quite believe that Jessica Alba – a mere actress – could be anything more than a hired “spokesperson” for a billion-dollar company like The Honest Company​. She was hard-pressed to believe that Alba was an actual co-founder who was there from the start.

I can understand her skepticism. After all, we all see Jessica Alba as a well-known Hollywood movie star. When I first heard that Alba’s company hit a billion dollars and Alba was on the cover of Forbes magazine, I was like, “Wait, what? Jessica Alba, the actress?” Then I realized: holy cow, I have Jessica Alba’s toilet paper in my bathroom right now! When I bought it at Target, I didn’t even know The Honest Company was Alba’s.

Then everything changed for me when I read the reason why Jessica Alba founded The Honest Company! It’s her WHY* that has made me both a customer and advocate. And her WHY reminded me of Simon Sinek​’s TED Talk: Start With Why.

Why do we think an actress with a pretty face doesn’t have a brain? Or do we think that a famous person can’t do something completely different from what they’re known for. Maybe some people find it hard to believe that a woman can start a billion-dollar company.

Jessica Alba is an entrepreneur, plain and simple! And leading by example is what up-and-coming young girls need to see.

Alba proves that you can be anything you want to be: actress, wife, mom, businesswoman, advocate. She’s proving that a great business idea is solving a real-world problem. She has drive, guts and a WHY that drives The Honest Company. More importantly, for entrepreneurs everywhere, she never gave up in the face of her doubters.

*Like most great ideas, The Honest Company was inspired by a need that wasn’t being filled.

The Rebirth of Seth Godin and Death of Traditional Publishing: How Authors Really Make Money http://www.fourhourworkweek.com/blog/2010/08/23/seth-godin-and-print-publishing/ Bonus: Tim Ferriss, author of #1 New York Times Bestseller “The 4-Hour Workweek” and Ramit Sethi, New York Times best-selling author of “I Will Teach You To Be Rich,” in video at end of post. Share this post: Share…

When you view the entrepreneurial journey as a series of experiments, it is interesting and intellectually stimulating, and a puzzle to be solved. When you view it is an epic Hollywood drama of sweeping success or crushing failure, chances are you will not last very long, and be an emotional wreck. Read the full article:…

Richard A. Smith writes a great article in The Huffington Post on a NEW approach to finding a job – Dec 16, 2008. Surviving the Recession: Ditch the Job Search; Start a Problem Search During a recent appearance on CNN, I was posed the following question: “Most companies have called for hiring freezes until January,…